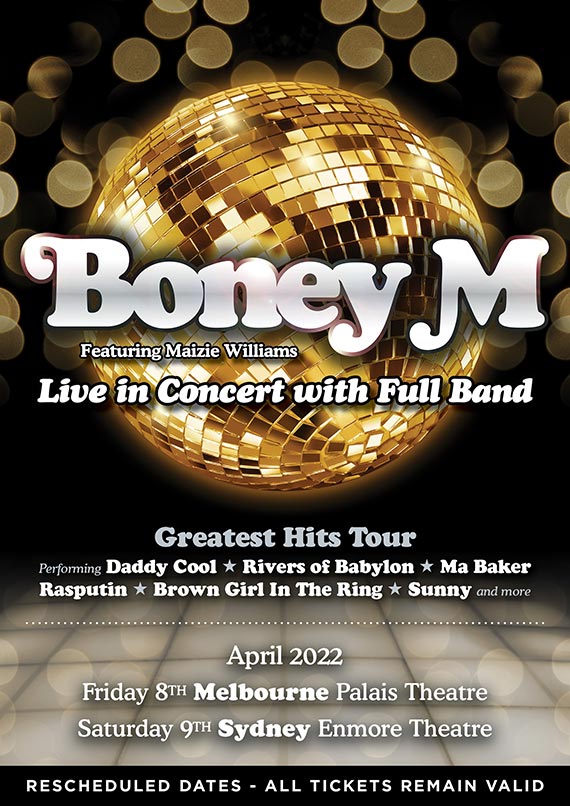 Strap on your dancing shoes Australia, BONEY M are back bigger, better and more outrageous than ever!

Don’t Miss Out On This BONEY M Australian Tour with the Amazing Maizie Williams.  Buy Your Tickets Online Today.

Boney M are not only a cult disco band from the 70s and 80s, they remain a living legend of the entire disco era.

Originally founded and founded in Germany by music producer Frank Farian, the group made their breakthrough into the mainstream with their debut single “Baby Do You Wanna Bump” in 1975.

Over the years, the man once nicknamed “Mr. German Hit”, Frank Farian, produced hit after hit at breathtaking speed. Although this was achieved by different bands including Eruption, Boney M remains the most successful formation.

Boney M were one of a wave of disco-oriented pop acts dominating the European charts. Boney M’s first chart success in Australia was with “Daddy Cool” in 1976 which reached #5.

The follow up single “Sunny” only reached #36 but has since become a signature song for the band after being used in multiple tv commericals and movies. At least 75 other artists have recorded version of “Sunny”.
The next single “Ma Baker” saw them back in the Top 10 in Australia reaching #5

Rivers of Babylon” from their 3rd album Nightflight to Venus was their first Austraina #1 and was a huge hit in Europe that sold several million copies. Despite taking four months to become a chart hit – even a disco hit, according to Billboard, it became one of the most popular disco songs of all time in the USA. The sound of this record was entirely Boney M’s own and not the product of any other band, but a recipe for success that helped them sell more than 150 million records worldwide before they parted ways in 1986.

In the 1990s, they released two more albums, “Boney M” and “Disco World,” which established the group as a legendary artist that is still relevant today. 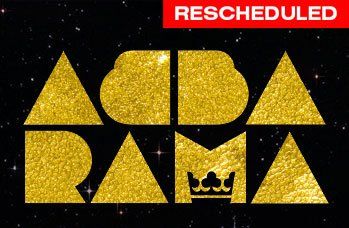