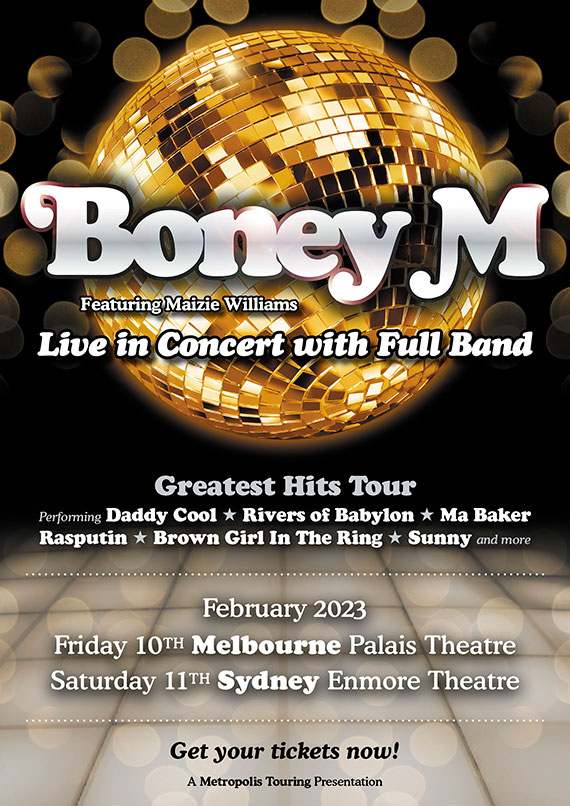 BONEY M have sold over 100 million records worldwide and are the most iconic European disco act of all time and are still fondly remembered by millions of fans worldwide.

Their insanely catchy songs gave them an incredible run of chart success here in Australia. Boney M’s first single “Daddy Cool” went all the way to Number 5 and the follow up “Sunny” made the Top 40. “Ma Baker” gave them another Top 10 in 1977.

1978 proved to be their biggest year as they scored 2 bona-fide Number 1’s in Australia – the double A-side “Rivers of Babylon” / “Brown Girl In The Ring” and the disco stomper “Rasputin” (aka Russia’s Greatest Love Machine).

You could hear Boney M in the discotheques, at parties and all over the airwaves.

Strap on your dancing shoes Australia, BONEY M are back bigger, better and more outrageous than ever! 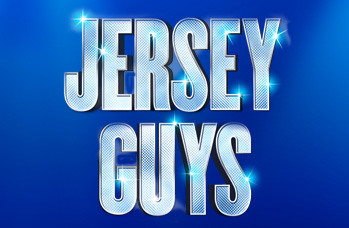