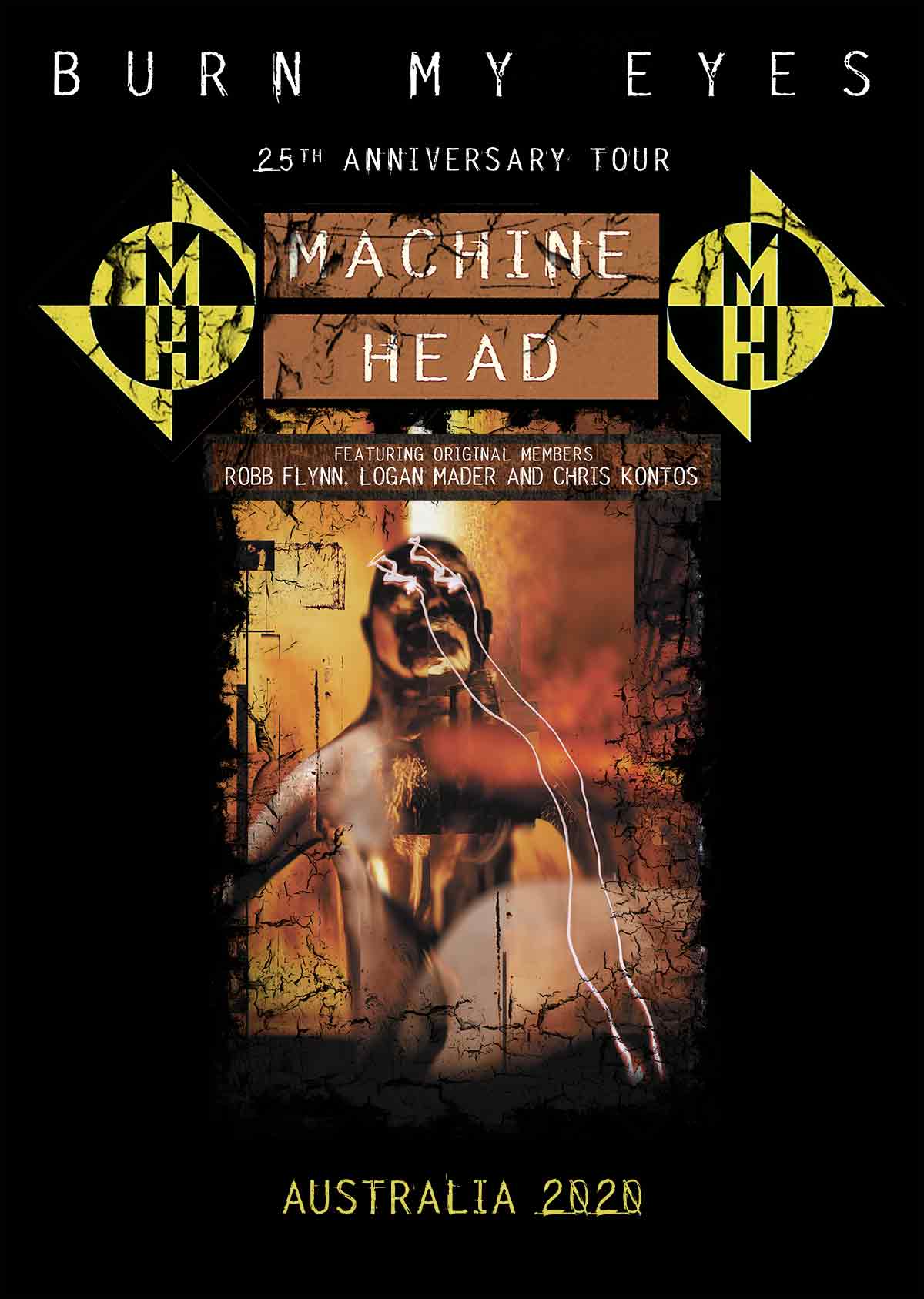 Machine Head Celebrate the 25th anniversary of their debut album, playing Burn My Eyes in full for the first time in Australia

This tour is a Once in a Lifetime chance for fans to witness the Past, Present and Future of Machine Head in One Epic Concert.

Don’t Miss Out On This Machine Head Australian Tour.

Bay Area metal titans, MACHINE HEAD, will return to Australia in 2020. Celebrating the 25th anniversary of their debut album, the epic modern metal classic, Burn My Eyes, Machine Head will perform two sets in a mighty three-hour metal extravaganza. Machine Head will play Burn My Eyes in its entirety for the first time in Australia. For this very special set, the band will reunite Machine Head main man, Robb Flynn with original Burn My Eyes drummer and guitarist, Chris Kontos and Logan Mader.

Machine Head will also be playing such favourites from their opus as “Imperium”, “Halo”, “Ten Ton Hammer” and “The Blood, The Sweat, The Tears”. This set will feature Machine Head’s new line up, which includes longstanding bassist, Jared MacEachern alongside new members, Guitarist Waclaw “Vogg” Kieltyka (Decapitated) and Drummer Matt Alston (Devilment).

Burn My Eyes was released in 1994 to critical and commercial acclaim. It was Roadrunner Records’ best-selling debut album until the release of Slipknot’s debut 5 years later. Kerrang! magazine gave the album 5 stars and described it as “One of the most ferocious and groove-laden behemoths the metal world has, and likely will ever see.” Burn My Eyes has stood the test of time as a heavy metal masterpiece, its raw, aggressive attitude combined with ferocious guitar virtuosity and slamming heavy grooves is unparalleled in metal. 25 years later, Australian Machine Head fans will get to witness classics such as “Davidian”, “Old”, “Blood For Blood” and “A Thousand Lies” alongside deep cuts like “Death Church” and “I’m Your God Now”.

Machine Head are one of the hardest working, most consistently touring metal acts in the world. In recent years, Robb Flynn and his cohorts of malevolent metal have insisted on giving fans a night to remember with their Evening With Machine Head concerts. An onslaught of aggressive, groove metal that runs for three hours and guarantees fans will get the absolute best the band has to offer. The band enjoy a huge Australian following and their last two albums Bloodstone and Diamonds and Catharsis both charting at # 10 on the ARIA Albums charts. This unique tour featuring two distinct eras of the band is a once in a lifetime chance for Australian fans to witness the past, present and future of Machine Head simultaneously in one epic concert.

“Played virtually every song I wanted to hear. No opener and played for 3 HOURS! Great band and a great show.” – MetalBuckeye

“From beginning to end, a true masterpiece of a show. Intimate venue, a passionate crowd and mayhem on and off the stage. Never, ever, ever miss Machine Head.”  – Giorgi

“Machine Head never disappoints. Venue was perfect for this concert. 3 hours of the best of the best.”

"One of the most ferocious and groove-laden behemoths the metal world has, and likely will ever see" 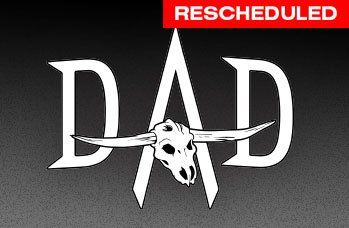 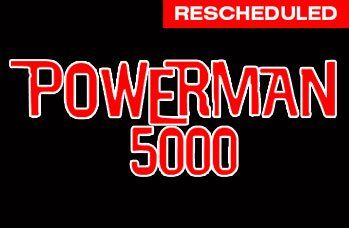