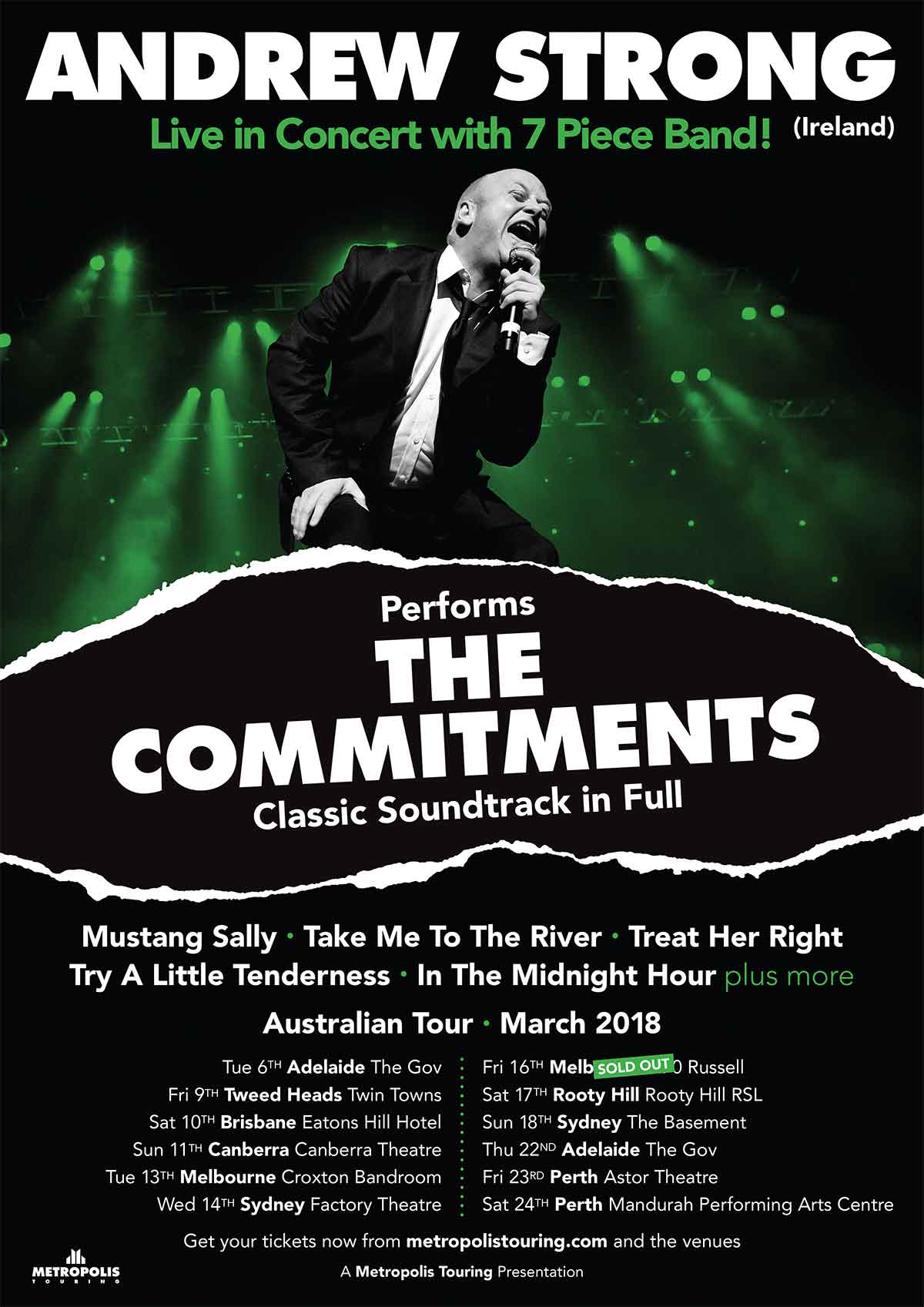 The gritty underground scene of Northside Dublin in the 1980s, the social unrest of the time…THE COMMITMENTS was a film which captured many a phenomena, though none more resounding than the talents of ANDREW STRONG.

In 1991, Strong was introduced to the world through his portrayal of Declan “Deco” Cuffe, lead vocalist of fictional Irish soul band THE COMMITMENTS from the film of the same name. Now, to celebrate the 25th anniversary of the award-winning film, Strong will be returning to Australia to perform the classic soundtrack in full.

After the film, Strong would go on to pursue his career as a singer songwriter, eventually returning to where it all began years later, performing the film’s hits “Mustang Sally”, “Try A Little Tenderness”, “Chain of Fools”, “Take Me To The River”, “In the Midnight Hour” plus More.

Following the trials and tribulations of vocalist Deco, his band and their starry-eyed manager Jimmy Rabbitte. The Commitments was released to critical acclaim (Collecting 4 BAFTA’s) with the sound track selling over 12 million copies. Andrew was nominated for a BAFTA AWARD for Best Supporting Role and also for a Grammy for his Contribution in The Commitments.

A huge commercial success in it’s own right, THE COMMITMENTS soundtrack spent 51 weeks in the ARIA Top 40 peaking at #1. Since announcing plans to mark 25 years since the first performing the music, Strong has sold out venues all over the world, testament to the impact the film, and music, had on the world.

“His stage prowess outshines anything his character could have done”