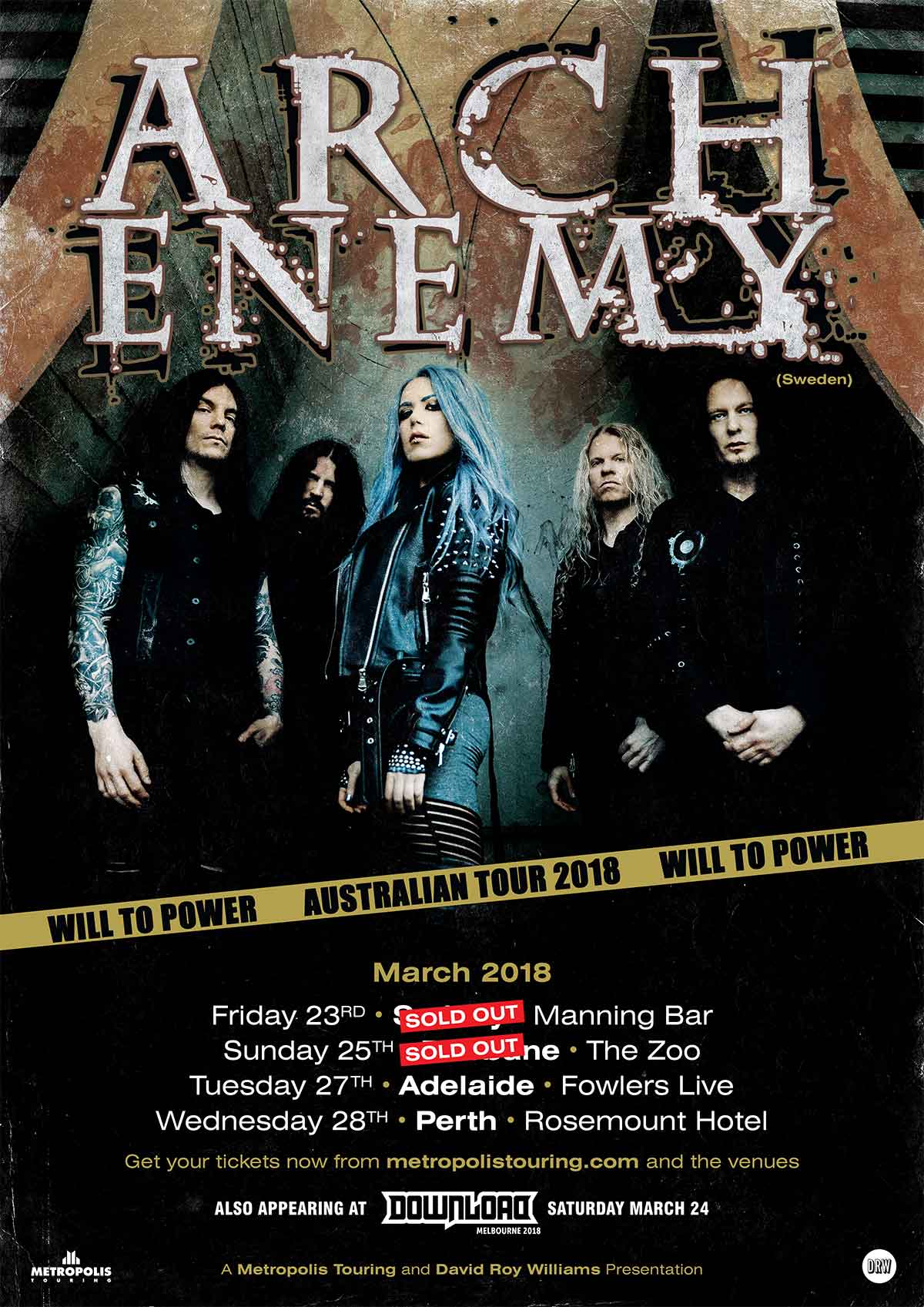 Swedish metal juggernaut ARCH ENEMY are poised to attack. Having set social media and earbuds alight with their incendiary brand-new album ‘Will To Power’, the band are thrilled to announce a run of headline dates throughout Australia. Timed perfectly to allow an appearance at the inaugural Download Festival Australia, ARCH ENEMY are a band ever growing in stature with a devouring compulsion to make the ultimate statement of heavy metal supremacy.

It has been far too long for those Australian fans fully accustomed to the unique brand of hellish chaos unleashed by ARCH ENEMY at their live shows. Since their last visit in 2012, the band have added the soul shredding vocals of Alissa White-Gluz to their artillery, with vocalist Angela Gossow having stepped aside to take up management duties for the band.  Also welcomed into the fold is Nevermore guitarist Jeff Loomis filling out the ranks to create a truly astounding powerhouse of pure awe.

ARCH ENEMY have built an immense and loyal global fan base, and now having spent 20 years propagating their unerring creed of technical dexterity, songwriting excellence and thunderous, irresistible live performance, ARCH ENEMY are ready to climb ever further up the ladder toward pure metal supremacy. Indeed, “Will To Power” has achieved international critical acclaim, and has proved to be their most popular album ever – appearing in the Top 10 in six countries, and achieving their first ever chart entry in Australia at #26 in the ARIA charts.

Founding member Michael Amott recently exclaimed, “This is just the beginning, we’re very much looking forward to going around the world a few times! We’ll see all you metal maniacs out there soon and thank you once again from Arch Enemy!”

“Horns in the air, Hair thrashed, bodies smashed at the utmost velocity"

‘Greeted by a rapturous audience’

'Everyone was moshing, surfing and head banging'

‘it was a ride I didn't want to get off’