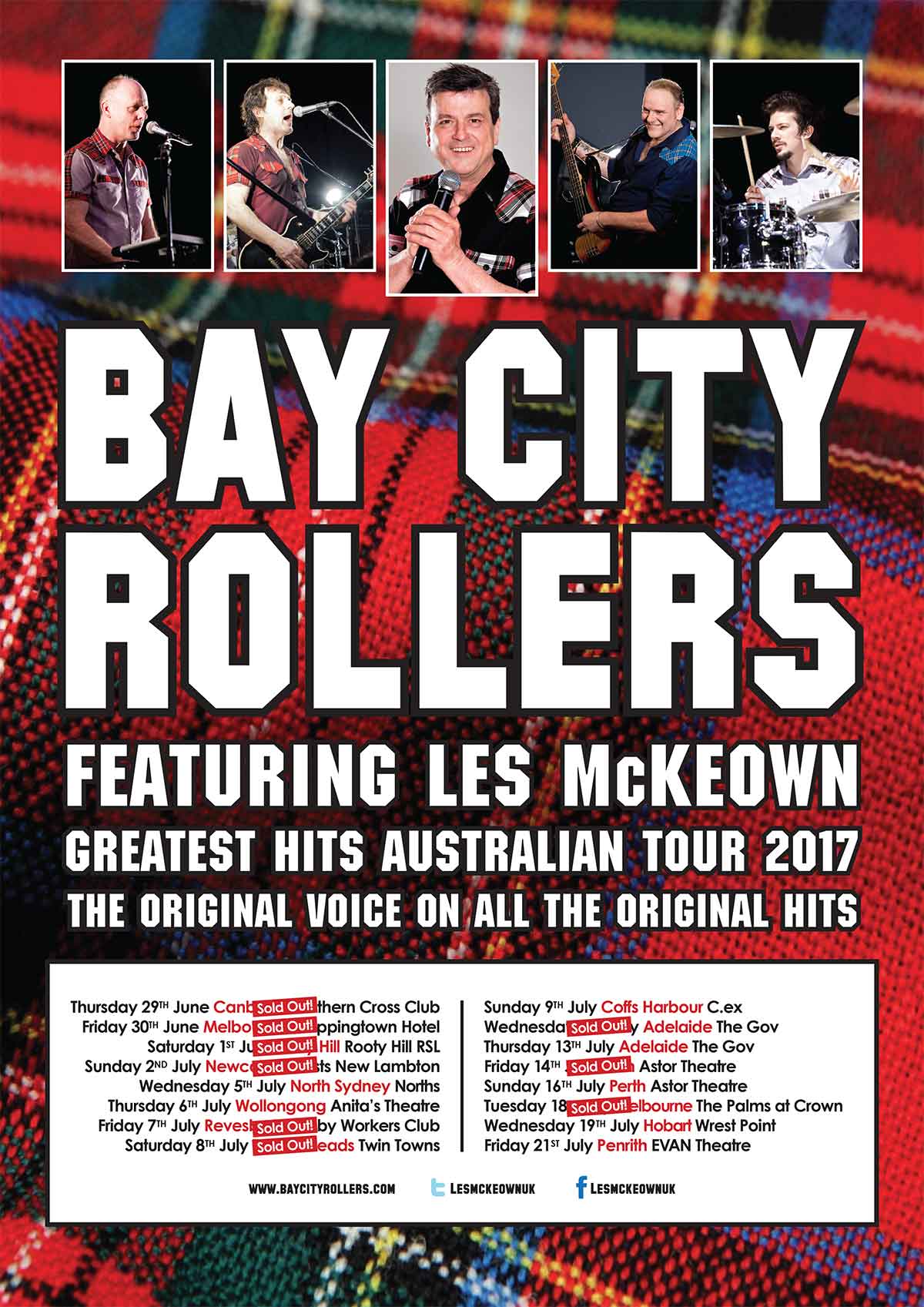 Re-live the excitement that was Rollermania! Scotland’s greatest pop / glam export, the Bay City Rollers Featuring Les McKeown will finally be back down under!

Front man of the Bay City Rollers is on a mission touring the world again in 2017. Currently on tour himself with his Legendary Bay City Rollers and enjoying the release of his new album, Les McKeown…The Lost Songs, he is still bringing back the golden era and playing all the hits from the 1970’s.

The story of the Bay City Rollers has been told countless times and now that Les is reliving some of his own memories with the release of The Lost Songs, an album of tracks that lay in a box, untouched for years, he is keen to heal any old wounds and move forward, bringing their magic to audiences old and new.

The Rollers sold 70 million albums worldwide. Their run of Aussie chart hits started in 1974 Shang-A-Lang (a fan favourite to this day) reaching #28. In 1975 they scored a #1 Australian Hit with Bye, Bye Baby. They followed that up with a string of Top 10’s – Give A Little Love, Money Honey, Saturday Night, Rock and Roll Love Letter and I Only Wanna Be With You. They also did a classic cover of John Paul Young’s Yesterdays Hero.

Tartan-mania is back once again to give back to their fans who have supported them all through the early days. Singer Les McKeown “We’re doing it for the glory of Scotland and the glory of the tartan!”

Catch Les with his Legendary Bay City Rollers performing the unforgettable Classic Hits that fans have come to know and love such as Shang a Lang, Bye Bye Baby and Saturday Night as well as highlights from the new album The Lost Songs . Time and time again Les brings the house down and takes fans back to the heyday of Bay City Rollers and delivers an unforgettable show and a perfect way chance to remember being a teenager in the 70s.

“There’s still a great appetite for the band songs and the music I sang on in the 70’s. I look forward to meeting the fans in Australia” – Les McKeown

There’s still a great appetite for the band songs and the music I sang on in the 70’s. I look forward to meeting the fans in Australia.