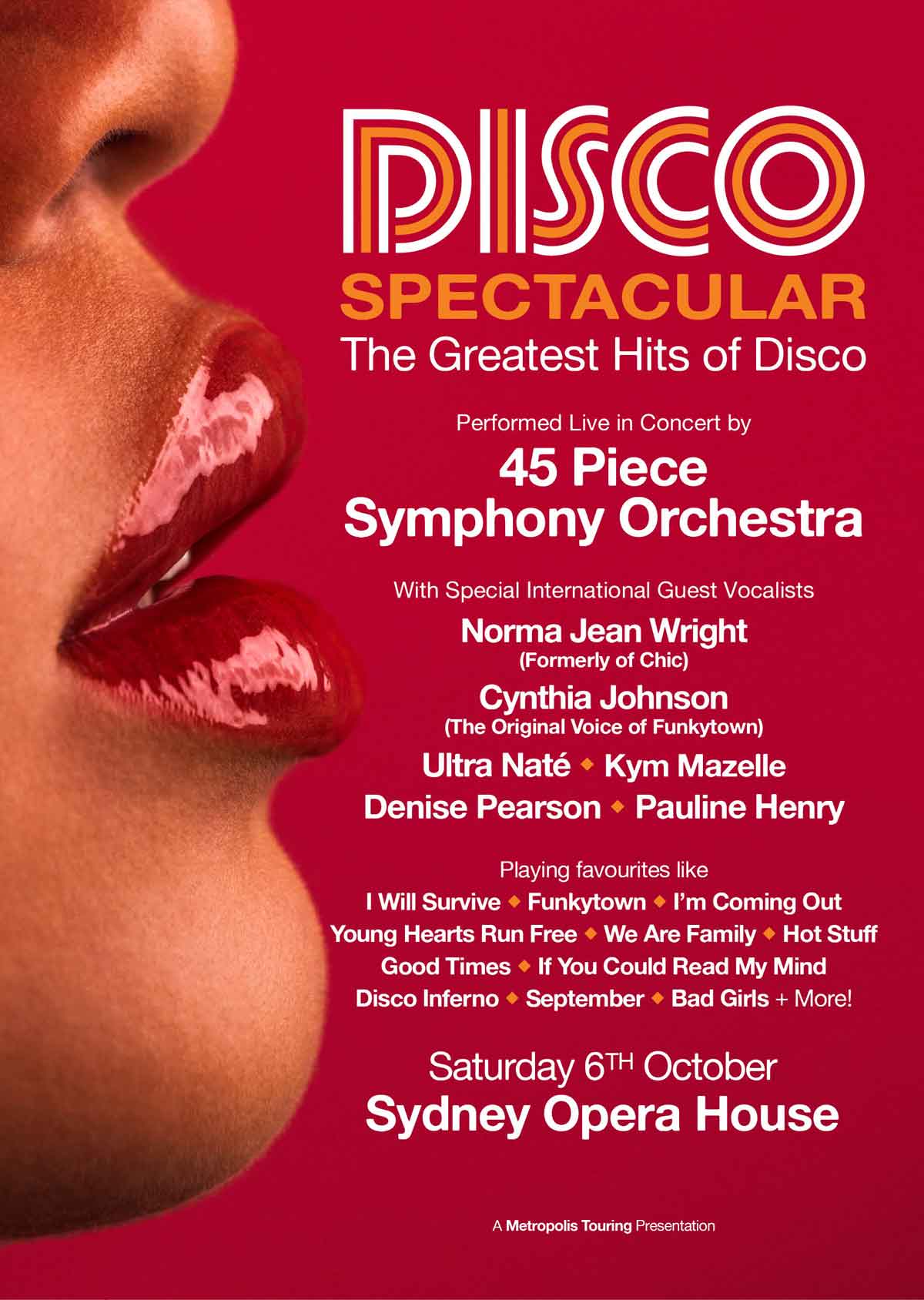 Along with an All-Star line-up of 6 International Guest Vocalists who will pay tribute to the vibe, energy and fun that was Disco!

The All-Star line up of Vocalists is – Norma Jean Wright (Formerly of CHIC), Cynthia Johnson (The Original Voice of Funkytown), Ultra Naté (Stars On 54), Kym Mazelle, Denise Pearson (Five Star) and Pauline Henry (The Chimes).
Together they will be play all your Disco Favourites including – Good Times, Funkytown, September, Don’t Stop Til You Get Enough, I Will Survive, Disco Inferno, Young Hearts Run Free, If You Could Read My Mind, Hot Stuff, Bad Girls, Upside Down, We Are Family, I’m Coming Out, I’m Every Woman, Stomp!, Dance Dance Dance, Relight My Fire and many more!

Disco was a time of togetherness where everyone just wanted to dance. Disco Spectacular at the Sydney Opera House will hopefully create that same feeling by reimaging some of your most loved Disco Favourites

‘Disco brought every kind of person together, rich and poor, straight and gay, quirky and fun. Everyone was the same when they were on that floor’