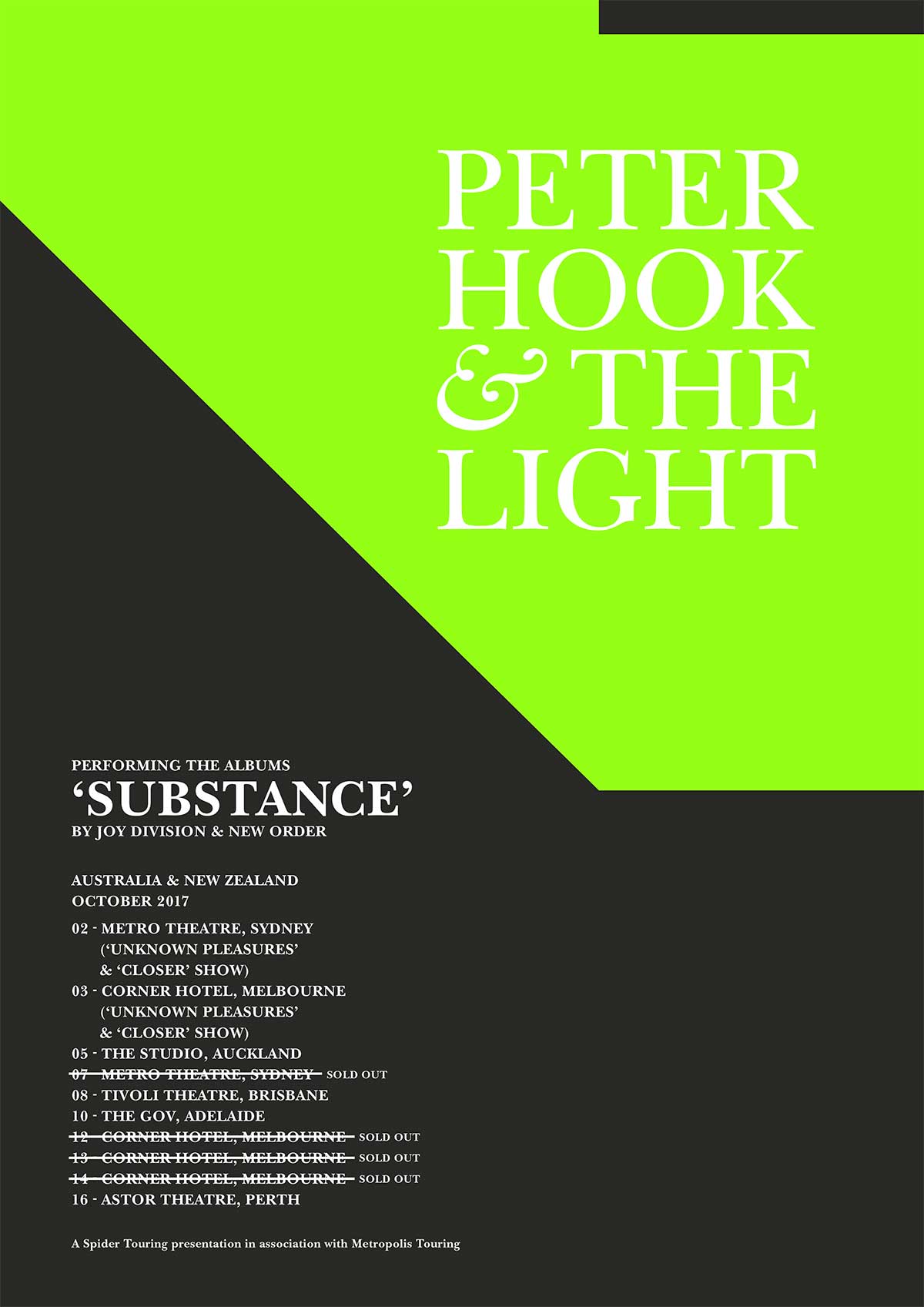 Metropolis Touring Presents An Evening with Peter Hook & The Light performing the legendary Factory Record’s albums ‘Substance’ by Joy Division & New Order. Both albums will be performed sequentially and in their entirety this October in Australia and New Zealand.

Running from “Ceremony” in 1981 up to “True Faith” in 1987 the set takes in the high points of New Order’s catalogue, including “Blue Monday”, “Bizarre Love Triangle”, “Temptation”, “True Faith”, “The Perfect Kiss” to name a few

Released in 1988, Joy Division’s Substance features all the singles that didn’t appear on the Joy Division albums Unknown Pleasures and Closer, such as “Love Will Tear Us Apart”, “Transmission”, and “Atmosphere”. Plus their b-sides, tracks from their EP “An Ideal For Living” and a Factory Records sampler.

Factory Records’ 250th release, it begins with “Warsaw” and takes in the development of the band through “Digital” and “Dead Souls” to the band’s final tracks.

Since debuting with the Unknown Pleasures Tour in Australia in 2010, Peter Hook & The Light have since toured the globe including a return back Down Under in 2015 with the Low Life & Brotherhood Tour. This return in 2017 will be the most total appreciation to date of the Joy Division and New Order catalogue.

‘The show was an unquestionable treat for fans....Hooky is an outstanding bass player and it's truly magical to see him live in action.....Don't miss this tour if it's coming to your city. Peter Hook is a legend’