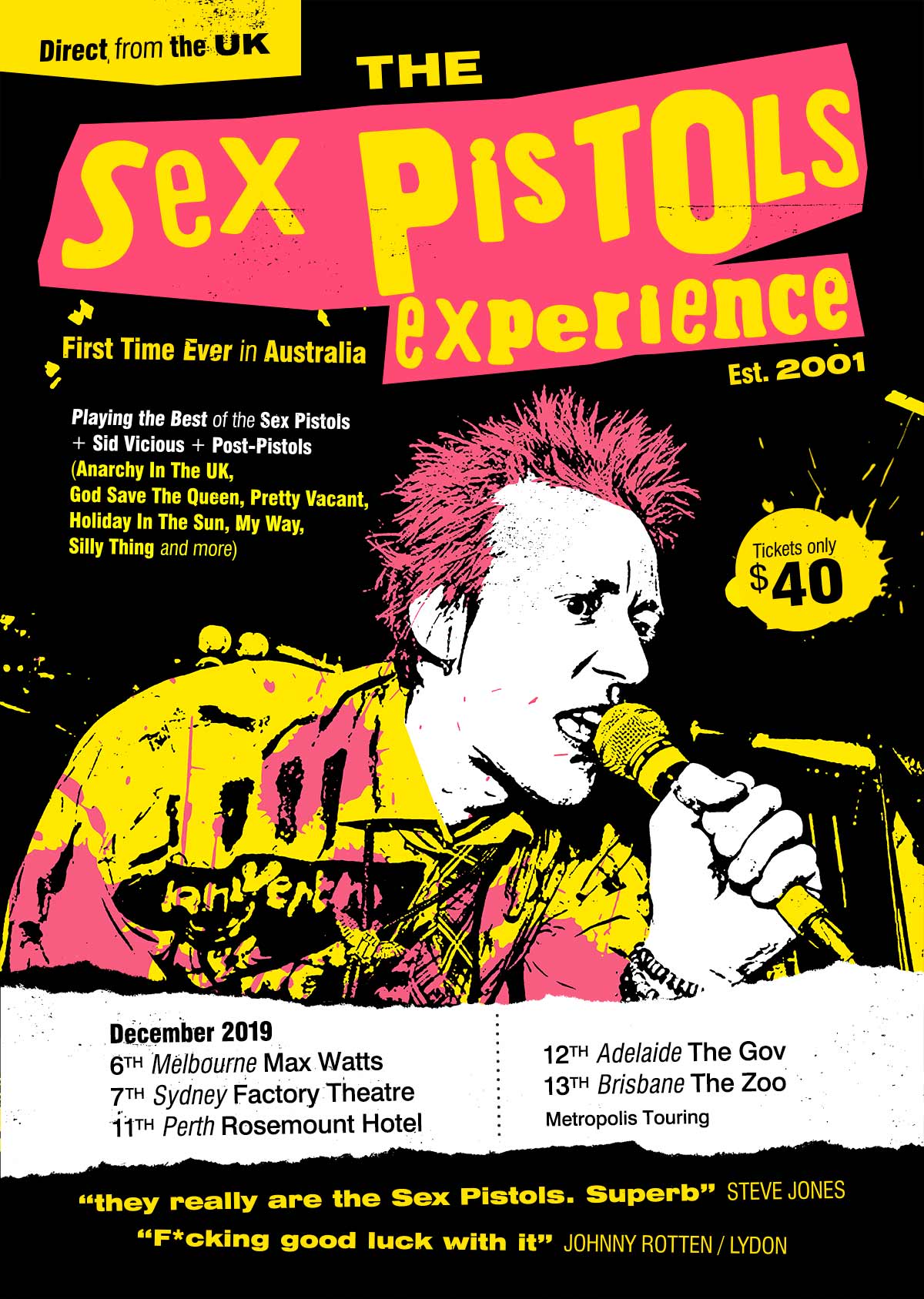 Hear the Best of the Sex Pistols (Anarchy In The UK, God Save The Queen, Pretty Vacant, Holiday In The Sun and More) PLUS Sid Vicious (My Way, Something Else) AND post-Pistols (Silly Thing, Rock ‘N’ Roll Swindle) + Public Image Limited (Public Image).

With over 2000 shows under their belt, having travelled all around the globe, they finally bring their anarchy to Australia!
This isn’t any kind of Great Rock ‘n Roll Swindle – They are as close as you can get to the sound of the Sex Pistols in ’77.

“We’re not out doing this to change the World, or make any statements, this is entertainment for the Pistols fans… Still cynical? In doubt? Then just come along, join the fun & make up your own mind after having seen us.  Enjoy”

“the finest tribute to the classic punk legends. A must see for all punk fans”

“quite frankly terrifying in their authenticity. The look, the sound &, the swagger are right on the money”

‘they replicate their chosen subjects down to the last detail… the sounds, the clothes, the poses, everything is absolutely spot on’