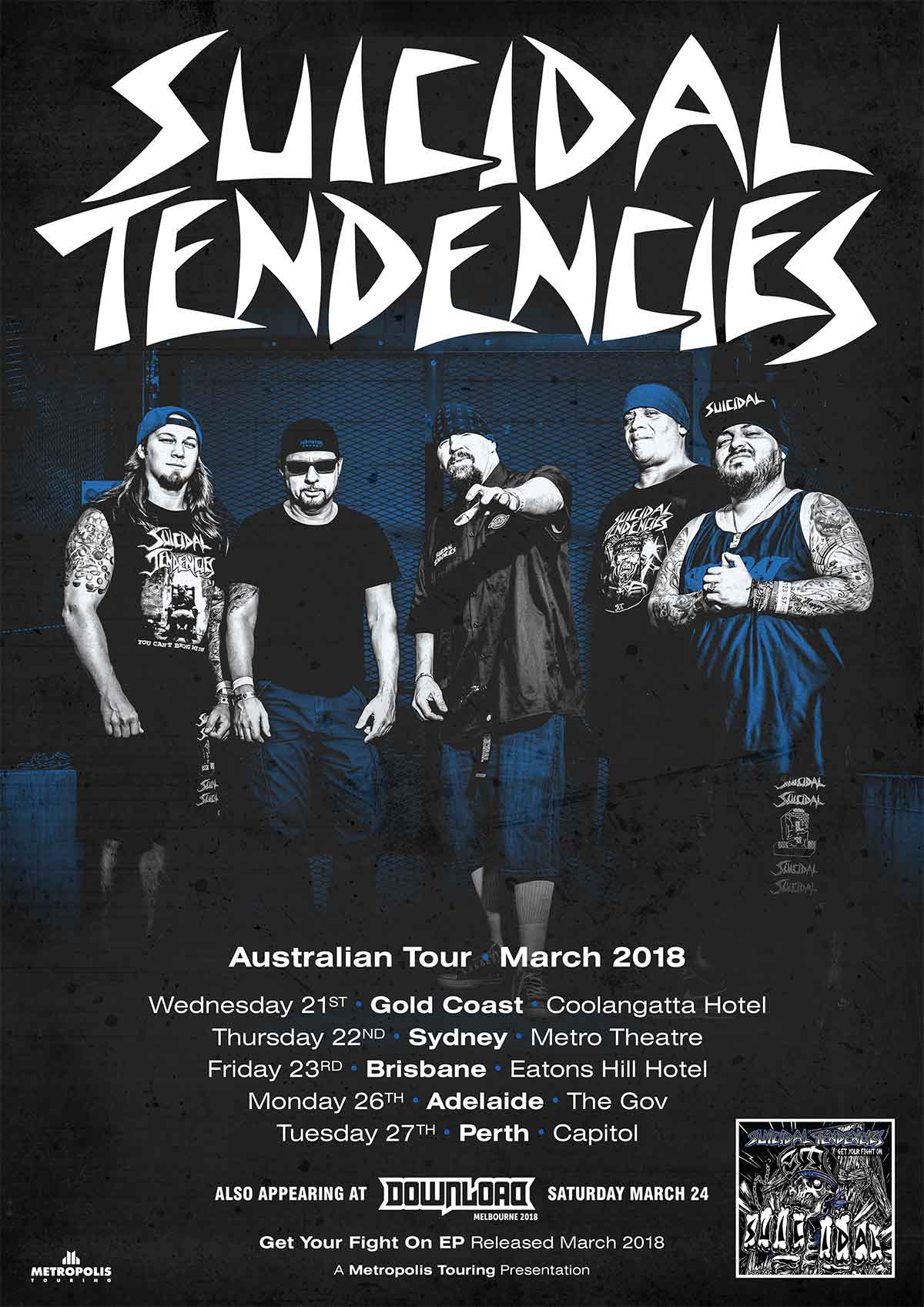 Judging from their name, SUICIDAL TENDENCIES were never afraid of a little controversy. Formed in Venice, California, during the early ’80s, the group’s leader from the beginning was outspoken vocalist Mike Muir. The outfit specialized in vicious hardcore early on — building a huge following among skateboarders, lending a major hand in the creation of skatepunk — before turning their focus eventually to thrash metal. SUICIDAL TENDENCIES have continuously led the charge in the skate punk/ thrash metal movement for almost 3 decades, influencing generations of bands along including the like’s GREENDAY, METALLICA, LIMP BIZKIT and SLIPKNOT to name a few

‘’The rapturous applause that greets vocalist Mike Muir as he enters the stage is almost deafening as they launch into You Can’t Bring Me Dow. Muir barely has to sing a word as everyone joins him through War Inside My Head and Subliminal’’ – Punktastic

SUICIDAL TENDENCIES are still one of the best live bands on the planet. If you’ve been to an ST live show before you know what to expect. If you have never seen the band live then get excited for something special. Don’t be Institutionalized make sure this is one show you don’t miss.

‘’Mike Muir was all over the stage, hyper-actively dancing, shadowboxing, and defying father time in every way imaginable. His band, likewise, all over the stage. Constantly circling each other, pumping fists, kicking the air, these guys must have been exhausted after the set.’’ – The Void Report

May The Rock Be With You

"They’re masters of the art of whipping up a frenzy"