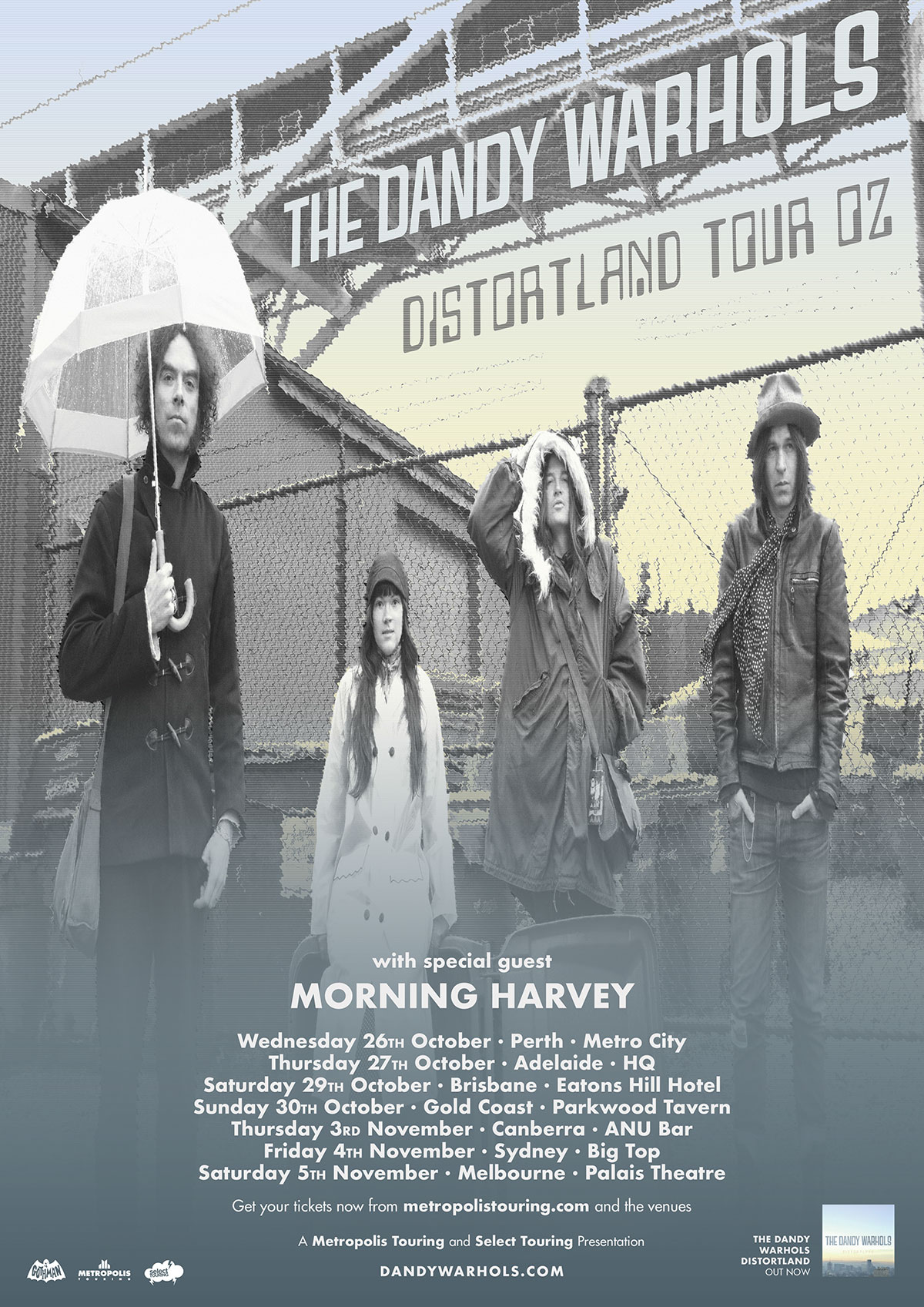 “Regarded as one of the best live bands around, The Dandy Warhols or the Dandys as they are affectionately known, have earned their reputation by delivering performances which garner reviews such as – ’handclaps, sing-alongs and bouncing galore as the Dandys energised the room and made people forget they had to work the next day’ – Fasterlouder

In 1994 a groovy little band outta Portland, Oregon burst into life – they were called THE DANDY WARHOLS. There were a group of friends who ’needed music to drink to’. For the last two decades, The Dandy Warhols have solidified themselves as a veteran rock act that combine a detached garage rock cool with effervescent pop melodies, creating a sound that has been described as Portland’s answer to Brit-Pop.

The Dandy Warhols return to Australia in support of their latest album, Distortland. Distortland was first recorded in frontman, Courtney Taylor’s basement on an 80s cassette recorder with the band putting on the finishing touches in a studio. Jim Lowe – best known for his work with Taylor Swift and Beyonce – mixed the album.  Courtney notes that the end result is an album that is “organized like a pop record but still has the sonic garbage still in there.” This will be Australia’s first chance to hear new material live and in living colour. Speaking to Mixdown Magazine, frontman Courtney Taylor spoke about the upcoming Australian tour, “We love Australia! It’s part of our family, it’s part of our body.”

With an impressive back catalogue of iconic hits, The Dandy’s set list is sure to not only include Distortland future classics, but also be jam packed with pure pop crowd favourites, including ’We Used To Be Friends’, ’Horse Pills’, ’Get Off’, ’Godless’, ’Everyday Should Be A Holiday’, ’Boys Better’ and of course the evergreen crowd pleaser ’Bohemian Like You’.

We’ll leave the final words to NME – “The Dandy Warhols are a lifestyle, not a performance; an intoxicating and unpredictable band”

we are the best live band I've ever seen in my life!

one of the best shows of the year, or at least one of the most freakin' e-p-i-c