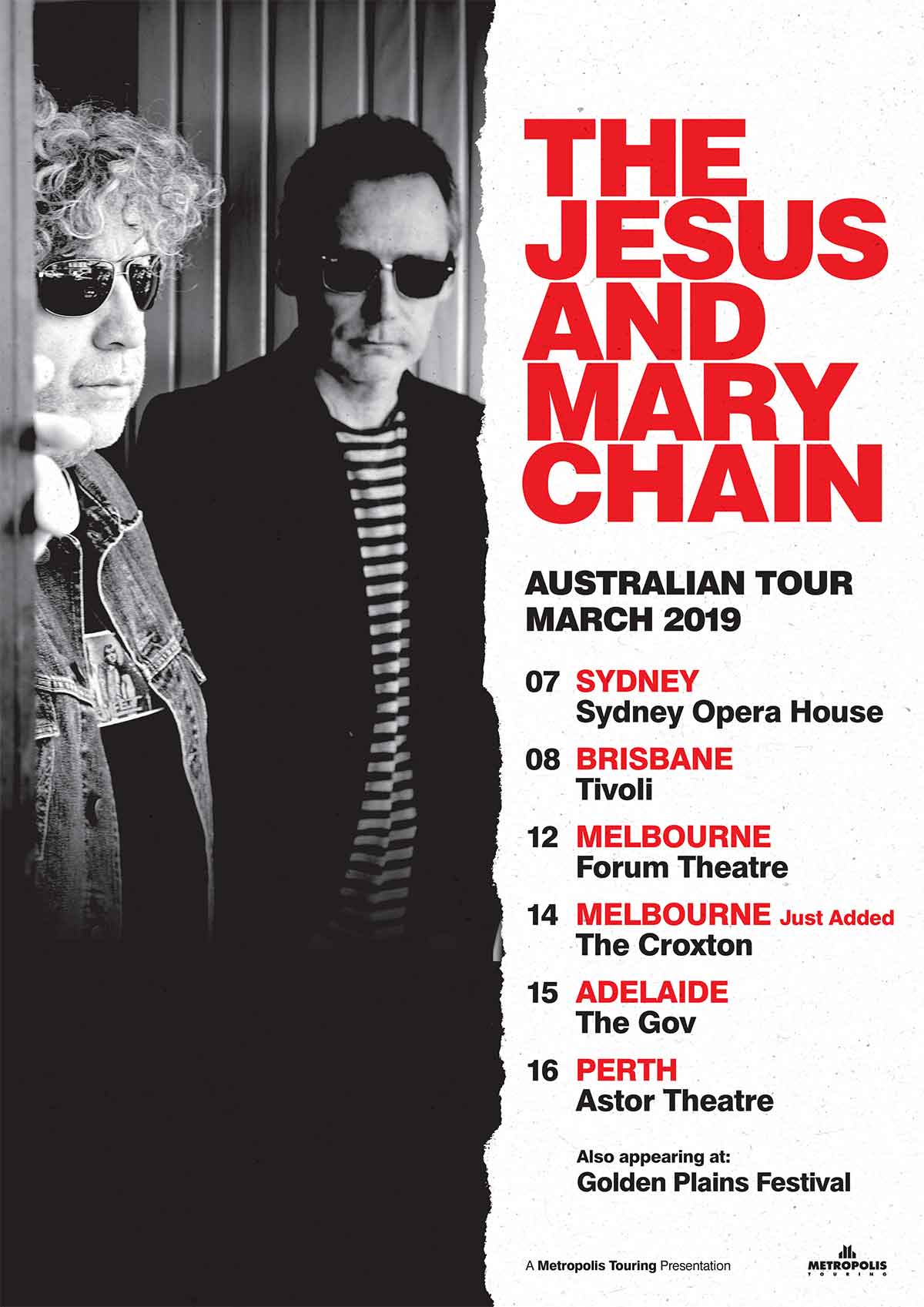 THE JESUS AND MARY CHAIN bring their trademark searing, feedback drenched rock and roll back down under

Brothers William and Jim Reid led THE JESUS AND MARY CHAIN to become pioneers of the post-punk notion. Like mad scientists, the brothers would concoct formulas of noisy, effects-driven scores to accompany lyrics of angst and discontent. This would be there modus operandi from their 1985 debut Psychocandy through to their most recent work, 2017’s Damage And Joy.

Maybe not so mad after all. The bands unique sound would make them a crucial part of any nutritious musical diet, with later groups including Nirvana and My Bloody Valentine tipping their hat to the incredible outputs of The Brothers Reid and cohorts.

THE JESUS AND MARY CHAIN took on many forms through the years, notably featuring Bobby Gillespie on drums, before he moved onto Primal Scream. THE JESUS AND MARY CHAIN announced their split in 1999. The split would last until 2007, when the band reformed to perform at Coachella and have “continued on a stellar resurgence resulting in some of the best live gigs in the band’s history” (The Ginger Quiff)

THE JESUS AND MARY CHAIN were ‘cutting-edge’ back in ‘85 and “now, thirty-something years on, as the feedback fades, the smoke clears and the years roll by, the band are as compelling as ever”. Their live shows are still a “spellbinding experience” with a setlist bursting with classics – Just Like Honey, April Skies, Head On, Darklands, Happy When It Rains, Some Candy Talking, Far Gone and Out, Reverence to name a few

“The Jesus And Mary Chain still sound like the future"

“JAMC has aged like a fine wine and are worthy of continued adoration. Their laid back coolness has only increased, making them the stuff of legends”

“The noise IS the beauty. And it wasn't Satan I was hearing through that clock-radio speaker. It was something close to God”