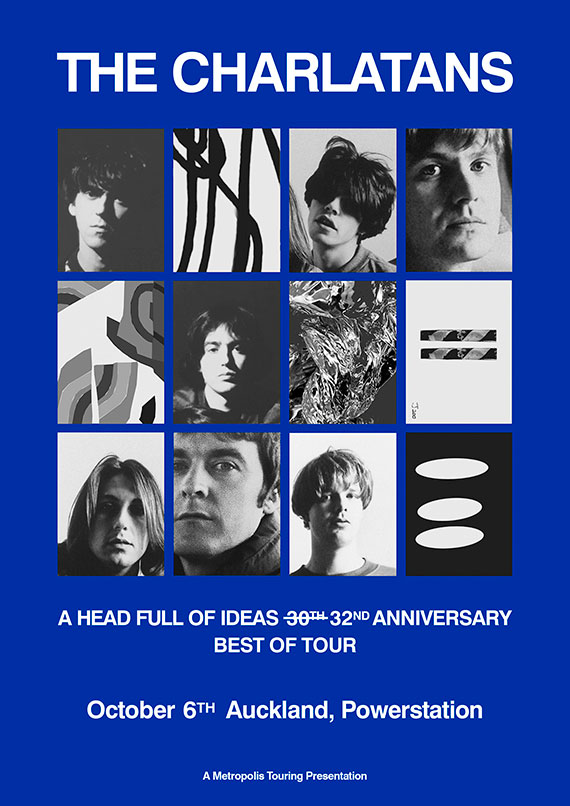 Indie Legends, THE CHARLATANS 30th 32nd Anniversary Best Of Tour!
Set list includes – The Only One I Know, Sproston Green, Then, Weirdo, One to Another, North Country Boy, How High, Plastic Machinery, Just Thinkin’ Things Over, Blackened Blue Eyes + More

‘simply a quality band with a great back catalogue, great current stuff and phenomenal live musicians.’

Don’t miss one of Britain’s best-loved bands when they return to Australia this October – Grab Your Tickets Now!

In a remarkable and genre bursting career, indie-legends THE CHARLATANS have notched up thirteen Top 40 studio albums. The rollercoaster highs have been accompanied by some shattering lows, any which one of them could have felled a less resilient band, from nervous breakdowns to near bankruptcy and the deaths of two founder members.

Somehow, they have not just carried on but adapted and transformed many times over the years. The classic Charlatans sound – driving Hammond organ, Northern Soul and house-influenced rhythms, swaggering guitars and Tim Burgess’s sunny yet somehow yearning vocal – is instantly recognizable.

And in spite of everything they have been through their music is now more relevant than ever, The Guardian described their most recent album ‘Different Days’ (2017) as “one of their best ever”.

During the pandemic, Tim Burgess was hosting album listening parties on Twitter which culminated in a best-selling book, The Listening Party.

The concept is simple. At a set time, you press play on the selected album and the band then live tweets along to the record, giving fans an insight into the chosen LP.

Everyone from Oasis to Iron Maiden and Kylie Minogue to Paul McCartney has taken part.

However, it’s back to the ‘day job’ for THE CHARLATANS front man when he returns to Australia with Martin Blunt, Mark Collins and Tony Rogers to play the indie hits which have defined their astounding 32-year career.

THE CHARLATANS have seen off Madchester and Britpop and made music that’s stood the test of time. That along with their amazing live shows have cemented them a passionate and loyal following that has given them lasting success… ‘simply a quality band with a great back catalogue, great current stuff and phenomenal live musicians.’

“The Charlatans are a British institution… For anyone with tickets for the forthcoming anniversary tour, you are in for a treat. This band have never sounded better or more powerful”

“A well and truly show-stopping, spectacular montage of brilliant, classic, passionate and innovative songs. It’s no wonder the Charlatans have stood the test of time."

“The Charlatans showed they were still as energetic and youthful as they were in the 90s with an unforgettable performance… The energy from the crowd was matched by the band on stage, which created an electric atmosphere in the warehouse” 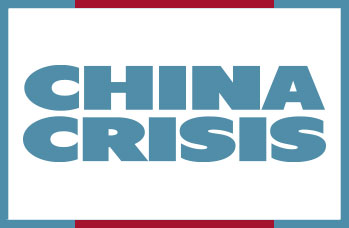 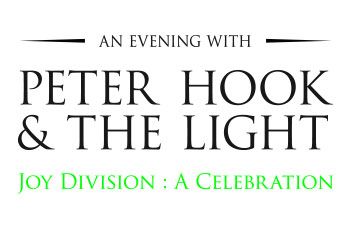 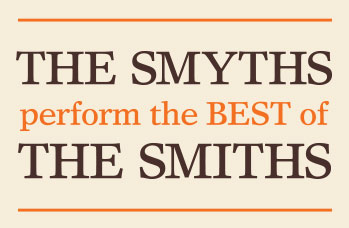 THE SMYTHS perform the BEST of THE SMITHS (UK)